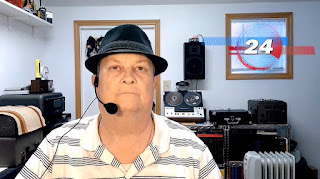 Voting for party rather than person is a fool's move

You really need to pay just a little attention to what's been going on right under our noses.  You need to be realistic about the 'party politics' destroying our country.  You live in a land blessed far beyond what it deserves, and your lack of gratitude and appreciation for this land is yet another mark of your shame.

Far too many of you [those who actually vote] vote by party, either Democrat or Republican, and this is a clear indicator of either complacence or stupidity.  I'd like to think that it's just carelessness and laziness, but your continued idiocy and treachery-in-the-vote lead me to believe otherwise.  Hell, the majority of you don't even bother to vote.  You've rolled over and surrendered to the very powers you claim to despise.

How is it that you can affiliate yourself with any group, church, political party, or other organization whose goals, values, and ideals are not in line with righteousness, fairness, or support of the Constitution of the ?  How do you justify membership in an organization bent on destroying what is left of your God-given rights?  How dare you!

If you open your eyes, listen a little more, or look at the actual issues you'll find traitors and turncoats in both the Democrat and the Republican parties.  A look shows that the goals of both Dems and Repubs aren't what you want for yourself, your family, and your friends.  No, they all serve themselves and continue to do so because you lazy bastards can't get off your asses long enough or dedicate time enough to read, listen, watch, and study the issues.

Had you the righteousness, fortitude, and dedication enough to look at what's happening around you it would become clear that Party Politics are destroying what was once a great nation.  Democrats are leading you toward a top-down form of Socialism as the new standard for .  Their dream is of a massive socialist republic in which their positions of power are forever secured under the mandates of a police state.  They want what enjoyed for so many decades, and they want it now!

● THEY WANT A SOCIALIST POLICE STATE ●

Republicans, amid their disarray and lack of effective organization, want nothing more than to keep their cushy jobs and continue to rule to some extent.  Far more lacklustre and apathetic, Republicans cannot see the forest for the trees.  And they don't want to!  No, they're happy with the perks, pay checks, and privileges and as long as they don't see any move to take away these many perks, they remain silent.

● THEY JUST WANT TO KEEP THEIR JOBS ●

So here you stand, or sit, in a nation run by layabouts, drug addicts, communists, traitors, and turncoats.  Why aren't you people doing something about it?  Must you sit around waiting for a revolution?  Must you sit around fearing, yet hoping for, another civil war?  If you fear such, then the power remains in your hands.  That power of which I speak is of civil disobedience, peaceful protest, vocal complaint, voting out and in those who share our own values.  How hard is that?

You've watched as the communist-run American news media lambaste members of their opposing party, the media being Democrats.  More than a party, and more like a religious cult, the Democrats have successfully seized power of the media on all fronts.  They've expanded their propaganda in what is now complete indoctrination of the American People.  I say, 'complete' because it is just that!

In poll after poll and survey after survey you've watched the morals and ethics of this nation slip into the abyss of agnostic, atheist, and criminal realms.  The Christian values that built this nation from the ground up, making it the greatest nation ever known, have been all but erased from our minds, memory, and hearts.  You're rapidly becoming the most liberally minded and immoral country on the surface of this orb called Earth.

● Once was the time that sex out of wedlock was frowned upon.  When people dared 'shack up' or otherwise engage in the immorality of either non-marital or pre-marital or illicit sex, it was kept on the down-low.  People kept this secret as best they could because a righteous society would frown on it.  Marriage was a valued thing, a holy thing, a gift from God Almighty.  Humping one another out of wedlock almost always resulted in ostracising and shame.

● Once was a time when homosexuality was as deep 'undercover' as one can imagine.  This dangerous and immoral practice was considered about as shameful an act as one could engage in.  Such abnormal and deviant behaviour often resulted in homosexuals being rightly ostracized, no one wishing to consort with such.

● Theft, the taking of that which is not yours, was frowned upon as well.  Shoplifting, casual theft, and outright robbery were greatly frowned upon and those who practiced such acts were ostracized by the public and often their own families.

At the very root of this change in values is the plan of Communists / Democrats to create a new 'Hell on Earth'.  In line with the Dems, but by a different route, are the Republicans.  They too want a totalitarian 'top-down' form of government where you, the hapless, serve only them.

In answer to those values that formed a once great nation you find, instead, a nation running on the fuel of depravity, immorality, and criminal intention.

In today's sex out of wedlock is not only accepted, but celebrated.  People shack up and openly boast of their 'open relationships' as they spit out bastard after bastard, only cheating themselves and their children.  Flaunting their immorality and intolerant of morality, these sex-fiends run rampant and without restraint.

In today's homosexuality [LGBTQ] is celebrated as an 'alternate lifestyle'.  This pesthole of a nation has fallen so far that children are being mutilated to serve the demented wishes of their parents.  No longer does look at boy, girls, men, and woman as such for they have become either 'binary' or 'non-binary' and the whole thing sucks!  So far down the road of immorality have we come that those who speak out against this 'new standard' are ostracized.  The American Public will not tolerate goodness amid their evil.  In the darkness of evil, the light of righteousness cannot be tolerated.

● THE 'TOLERANT' ARE INTOLERANT ●

Stealing seems to be 'okay' as long as you are not the victim.  When you fail to address incorrect change at the store it's because the error is in your favour.  When you leave the supermarket with a watermelon under the carriage, either consciously or accidentally omitted, you don't try to make it right.  Whenever you stand to gain by theft, however petty, you will take advantage of the situation.  Yet, when someone steals anything at all from you, you whine like a little bitch and scream to the heavens, "Why me?"

I'm just so damned tired of you homosexual, visibly tattooed, immoral thieves, and shack-jobs that I don't know where to go from here.