LAW & ORDER ARE DEAD IN OUR MAJOR CITIES! 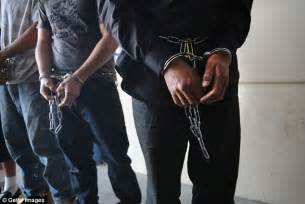 According to the NYPD Manuel Pagon, aged 49 was arrested for possession of over 20,000 candy-coloured fentanyl pills.   He was busted, booked, and released on his own recognizance.  Yes!  The judge said, "I think this man can be trusted to show up for a future court date."

What the Hell?  My sources have confirmed that Manuel is an illegal alien.  So here he goes breaking into my country and distributing poison to our children.  This bastard was busted with enough fentanyl to kill the entire juvenile population of !

According to court records, Pagon was charged with criminal possession of a controlled substance in the first degree.  He was then let go, according to the docket.  What the Hell?  I spoke with Sergeant Peter McLeary of the NYPD.  He says, "He was carrying false identification when we arrested him and it took a couple of days to match his fingerprints.  It was then we found out he is in the country illegally."

So here ya go.  This guy illegally enters the country, drives without a valid driver license, deals in the deadliest street drug in the country, and then he's told he is free as long as he 'promises to return' for a future court date believed to be sometime in March of 2023.

This has got to stop!  Complain, vote, do something for God's sake.