THIS GUY IS A CANADIAN ILLEGAL ALIEN! 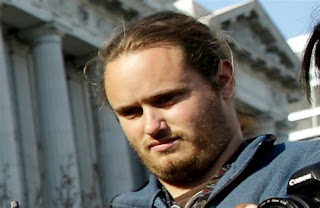 I wonder if Nancy Pelosi will take a look at just what happened at her house.  Somehow an illegal alien managed to breach security and attack her husband in his own home.  The physical damage will recover, and Mr. Pelosi will get over this physically, but what about his emotions?

HE EVEN 'LOOKS CANADIAN' DON'T YOU THINK?

In the meantime, if has an honest bone in her body [not bloody likely] she'll do an about-face on our immigration policy and endorse stronger borders North, South, East, and West.

P.S. Doesn't this guy 'look' Canadian?  I can just picture some yuppie millennial from Toronto doing something like this.  Yep, "Blame Canada" and Washington, D.C.