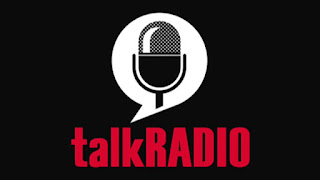 Only commitment and courage will bring true success to either.

The election is over, and the governor has won another term.  As the elections were approaching, thinking people took a really close look at his record.  We were not impressed.  A local radio talking head [let's call this one 'TH'] had developed a close relationship with the governor right up until that governor cut him off, no longer contributing to his talk-radio show.

The closer we came to Election Day; the softer TH's pro-incumbent rhetoric became.  When the governor cut him off, TH softly, meekly, weakly, ventured a few timid criticisms of the governor and even showed grudging agreement with some of the governor's critics.

Over the years it has become clear that TH has no real convictions, but rather a sense of exploitation of those whose opinions either jive with his own or give him room to criticize.  It's clear that disconnect with the governor lit a tiny, a very tiny, and even brief spark of rebellion in TH's heart.

2022 mid-term elections are over, and the governor has, by hook or by crook, won a 2nd term.  With the election behind us, TH has once again fastened his lips to the governor's glutes.  It's a reversion to those early days in which the governor was fairly new in office.  In those days he had been a regular contributor to TH's show.  On the air TH was more than just obliging, but indeed a gubernatorial sycophant.

It would seem that history, once again, repeats itself.  Once again TH shows his stuff in making excuses for and even complimenting the governor's bad behaviour.

Even though the governor has defied the people outright ... even though he has passed the buck in a series of unfavourable and even illegal decisions, he has managed to earn TH's closet praise.  Every time I hear TH say, "That was a very shrewd move by the governor." I just want to toss a brick at the radio.

There's something to be said about 'hiding behind the microphone' when it comes to talk-radio-entertainment.  There are the truly great talking heads who engage in discussion, and then there are the others.  Those, whose names will live on forever, are those with opinion and ideas.  The others, the non-committals, names will quickly and deeply bury themselves in the quicksand of human memory.

Dear Mr. Talking Head, you can't roll back the years and you can't justify your poorly worded and even more poorly enunciated feelings devoid of substance or conviction.  Hollow platitudes just don't cut it.  If you want to forestall what you view as your inevitable unemployment, then grow up and start discussing with, not just listening to, others.  You need to become a man of conviction, not one of the ever hollow "that's your opinion" emptiness.