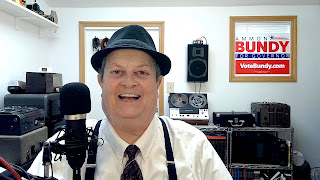 I gave a synopsis of American Healthcare through the decades, marking its rise and decline.  Is a fall coming?  Only time will tell.  Listen to the show while you follow along with these factoids:

● Since the mid 1950's US Healthcare has led the world in quality.

● Since the early 1970's US Healthcare has led the world is price.

● Since the mid 1980's US Healthcare has become most erratic in quality and cost.

● Since 2017 healthcare insurance for the average family rose another 200% bringing premiums 590% above that of previous years.  In 2010 the average premium for that family was $99 per month.  During the Obama years of 2013 through today the premium has risen to just over $900 per month!

● American Healthcare remains among the top 4 countries in the world.  No longer at the top, the lags behind , , and .  The chief reason is cited in a 'Worldmap Medical Survey of 2021' which shows the primary reason for America's soaring healthcare costs is the uneven distribution of care.  This as Obamacare continues to spread hundreds of billions of dollars from the plates of the middle and upper income and onto the plates of the lowest-income and indigent, including illegal aliens.

● Cost-cutting among 's medical care corporations has contributed to reduction of the standard of care.  It's funny how these major chains claim to be 'not-for-profit' chains claim to be just that, 'not-for-profit' while paying CEOs $18M+ dollar salaries.  While claiming non-profit status they continue to build new hospitals, clinics, and invest in premium real estate to defray any potential 'profit' they are yielding.

● Medical error, such as misdiagnosis, improper dosing, and prescription of the wrong medication has gone up, ratcheting up every year since about 2015.

● Cost of prescription medication leads the world by over 200%.  When you buy a pill in for $87, you don't realize the same pill from the same laboratory and pharmaceutical firm costs only $10 in , $7 in , $1 in , and .35c in .  I'm talking about a popular anti-coagulant medication.  Medical Tourism is a growing industry in other countries with almost all patients being Americans.  Same care, same service, drastically lower cost!

● According to the www.ndafp.org › image › cache study, over 6M Americans are prescribed anticoagulant medications such as Warfarin, Rivaroxiban, Heparin, Dabigatran, Apixaban, Edoxaban and the beat goes on and on and on.  They are prescribed for conditions ranging from Atrial fibulation to Blood clotting disorders.  They're generally safe, well tolerated, and effective.

"If you don't bitch you deserve the itch!"